It’s an incredibly stressful time for everyone, especially parents up and down the country as they continue to come to terms with a global pandemic, work from home, look after their loved ones and also educate their children as well, while schools remain closed.

Both parents and the kids alike are in brand new territory, and it’s tough – there’s absolutely no denying that. But, mums, dads and caregivers need to know that there’s support out there, and teachers are always on hand to help.

By taking small steps, you can make the work they’re doing at home more manageable, and easier for both you and the little ones, over the coming weeks.

Work to your own schedule

As with a typical school day, teachers will have lesson plans made out and a rough guide of how to stick to the schedule throughout the day – but parents must remember they don’t have to follow this rigidly as there’s always some wiggle-room.

If a parent is struggling to stick to certain deadlines, it’s important to communicate with the teacher and let them know what’s happening. 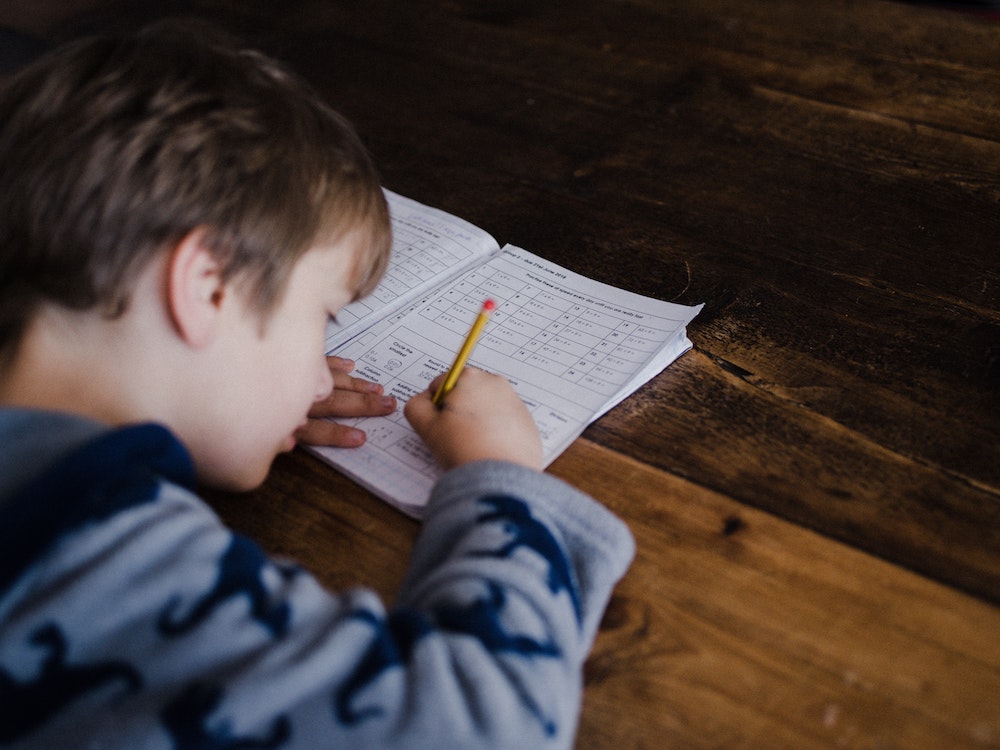 “It’s so important to email teachers. They’re there to support parents as well as children. You can always say, this is too much is there another way of going this or could we cut out something as it’s not possible. Parents shouldn’t be afraid and I think teachers want them to get in touch,” she said.

“I’m always reaching out, wanting the parents to ask and tell me if something does work. Teachers weren’t trained for this either, so we’re just assuming this is what parents want.

“We don’t know what different situations look like, so I think it is so important for any parents who are struggling to reach out to the teacher and everyone can work together to try make things as easy as possible. The support is there, parents just need to reach out sometimes.”

Even if a parent can’t stick directly to the schedule, some sort of routine is vital.

“It is important to try have some sort of timetable. Even if a parent is working till 5pm, you could say right for the next two hours we’ll do your school work,” says Nadine.

“If they have the same or similar time every day, it eases the anxiety with the children. A lot of kids are finding it tough and maybe that’s because in school there is such an emphasis on timetables and routines.

“Younger kids are so used to being in school with this really regimental routine every day and some children would get anxious when they’re not experiencing that and they don’t know what to do all day.”

She continues, “Even if there was a short block of time that parents could put down for school work it would make a difference. Once the parents sit down and make a timetable, it’s just there. It’s like having to get up and go to work or to go to school.

“We see a lot of anxiety creeping in with children and it’s probably because they don’t know what’s going to happen next. Us adults have build up coping strategies to deal with that but children definitely don’t have that yet. Some kids are really resilient but they do need to know what’s happening next.”

While it’s important to stick to the curriculum, there’s also plenty of other ways to incorporate schoolwork into the day, without the kids spending every waking minute with their head in a book.

From phone calls with loved ones, to watching a movie or even baking, they’ll be using a whole host of skills, including creative, language, maths and much more.

“Try to think outside the box about what they’re doing. If they can’t do the school work, think about what else you can do,” Nadine says.

“If the children ring their grandparents and maybe ask them to tell them stories about when they were young or explain what the town looked like when they were younger, if they call anyone else, get them to ask about their situation so they’re learning about different things.

“You could also do it with a music video with older kids. We’d watch something on Youtube and there’s a story in it. There’s so many opportunities to ask them questions, what’s would you change, did you like the ending, how could it be done differently.

“Then you’ve got the likes of baking or anything to do with the kitchen, you’ve got maths and they’ll be talking too.”

It’s hugely important for the children to speak as much as possible throughout the day, as it will help them in many, many subjects.

“I always say, the main thing for kids is to talk. I think it’s so important. If they do anything, aural language is important so once they’re getting communication at home, they’re going to come on.

“You have to be able to talk about something before you can write about it. It all comes from aural language,” Nadine told us.

“When in the kitchen or cooking, you can ask them how many spoons are in a press or how many scoops you need next.

“To bring in some Irish, you could go onto focloir.ie and it gives you some phrases they can use, so they can learn how to say pass the spoon please in that language.

“You just have to be open minded about it all and have a little think about how you can make ordinary things educational and once you start, loads of ideas will come to mind.”

Similar to adults who are working from home, kids need their own little space for when they’re homeschooling. This could be an area in the dining room, or a little part of their bedroom – just a place they can call their own, and know it’s where they’ll be based when the school books come out.

“The child needs to know where they do schoolwork, where they eat and where they play. It’s good for everyone. Even adults need this corner to keep their belongings and just say, ok, that’s where I am. It’s good to just be able to leave it alone and say right, that’s it done for the day,” Nadine says.

As well as keeping the mind busy, it’s important to keep the body active too. It’s recommended children get at least 60 minutes of physical activity each day, which helps the body release mood boosting endorphins.

Besides lifting the child’s spirits, it’s also a good way of getting some of their school work done, without being stuck at the table.

“PE and outdoor activities are so important and there’s lots they can do to keep active,” says Nadine.

“It’s good for everyone to try get out every day. Nobody wants to leave the house but it’s good to get out.

“You could do a nature walk or a sound walk, try to differentiate between the seasons when out, noting what can they see, hear, smell.

“They could pick up some leaves and do art with them at home. There’s so many opportunities for learning when they’re outdoors”.

She continues, “You can take the schoolwork outdoors too. If the teacher says they want to do 2D shapes today, the child could go outside for that, find a circle or a square. They don’t always have to be indoors.

“If a parent looks at the worksheet and sees circles, squares, rectangles etc, they could say we won’t do it yet but instead take pictures of the shapes when out for a walk, send it to the teacher and say this is what we did instead.

“As a teacher, I always put up what I think will be handy for a homeschool environment, but if a parent thinks something else is handier, well then that’s absolutely fine as far as I would be concerned – once they’re doing the topic.

“There’s so many ways of doing things and every teacher does stuff differently as well.”

Again, it’s important for parents to remember to be kind to themselves. This is new territory for everyone – and teachers only expect parents to try their best.

Once there’s some work being done and the children are cared for and happy, that’s the most important thing.

“If parents look back on the day, they’ll realise they’ve done an awful lot of teaching that they aren’t even giving themselves credit for,” Nadine tells us.

“Once you look for them things, you quickly notice and you’ve done enough. The kids have learned something, they’re happy and grateful. That’s a massive achievement.

“Parents need to know that it’s ok if they don’t do everything, everyday. Some days will be harder than others.”

Finally, Nadine has shared some useful websites and extra learning tools for parents to check out and help them get through the school week.

For reading and English language, check out: