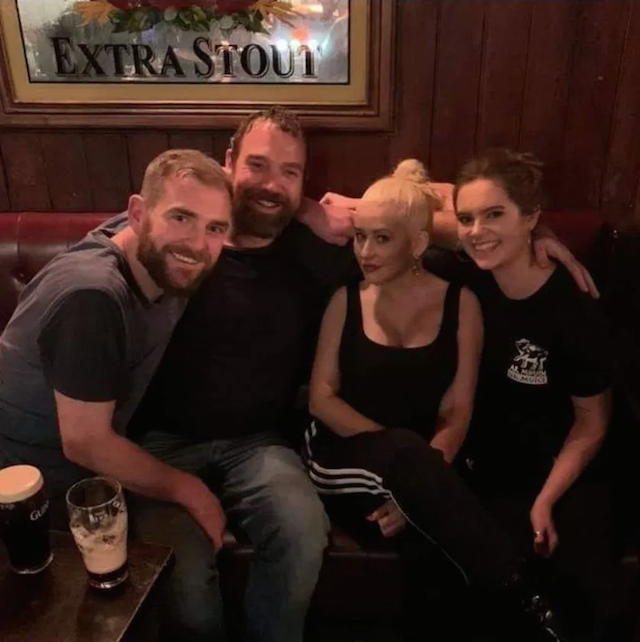 Christina Aguilera has been spotted out and about in Dublin following her Irish gig earlier this week.

The Genie in a Bottle hitmaker brought her X Tour to the 3Arena, but was sure to make the most of her time here, checking out all the local sights and surrounds.

Enjoying a night out on the town, the singer popped into Cassidy’s on Camden Street for some music and a pint of the black stuff.

Irish trad band Rake the Ashes were playing a set when Xtina showed up – with the group sharing a photo of themselves, Christina and pub staff on social media. 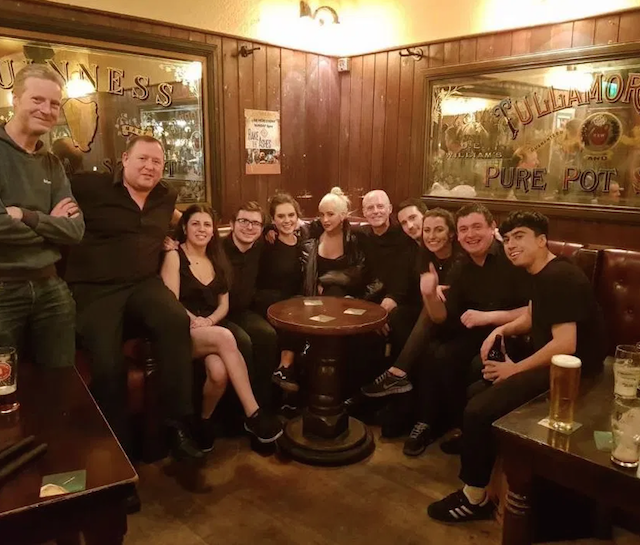 “Very proud tonight that Christina Aguilera popped in to see us in Cassidy’s. A nice sing-song at the end of the night ended a great night,” they said.

Sharing the pic on her own page, Christina added, “P.S. Did I mention I’m half Irish?” 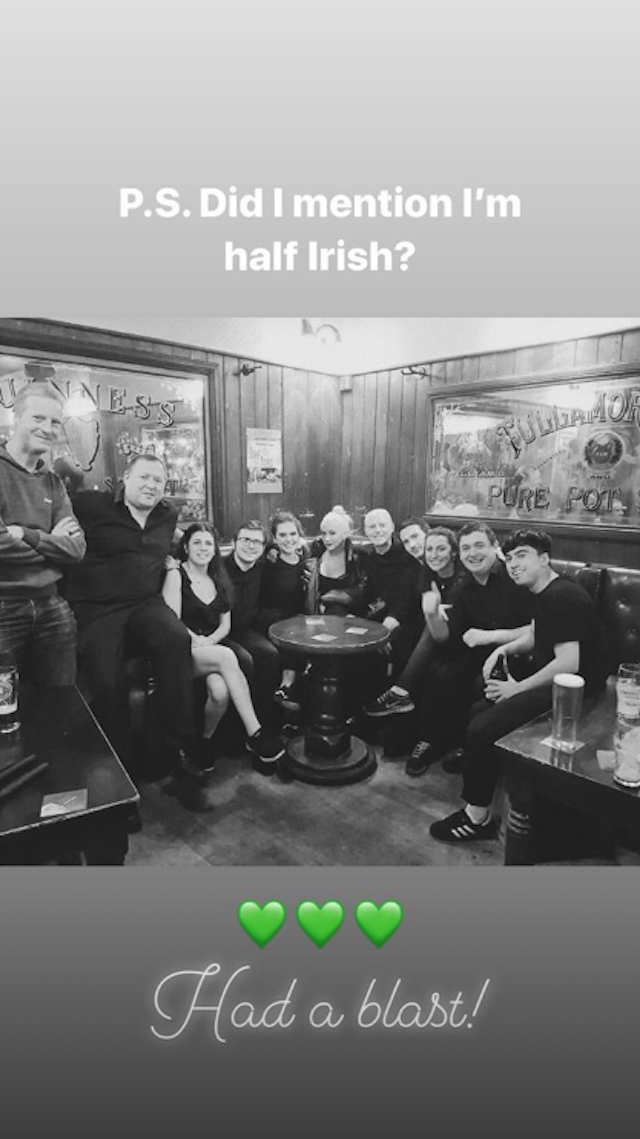 It looks like she had an amazing time in Dublin!