Yvonne Connolly has took to her social media to share an interesting observation during last night’s Met Gala event.

Sharing a picture of a red dress she wore to an event ‘not so long ago’, Yvonne noticed the same outfit on the Met Gala carpet last night.

The slinky dress was designed by American designer Tom Ford, and in keeping with the theme of ‘American Independance’, US social media star Addison Rae took to the event in the same dress, however, this time around it was labeled as ‘vintage’.

“@addisonrae wore it at the met ball last night. It was labelled ‘vintage’ Tom Ford!!” 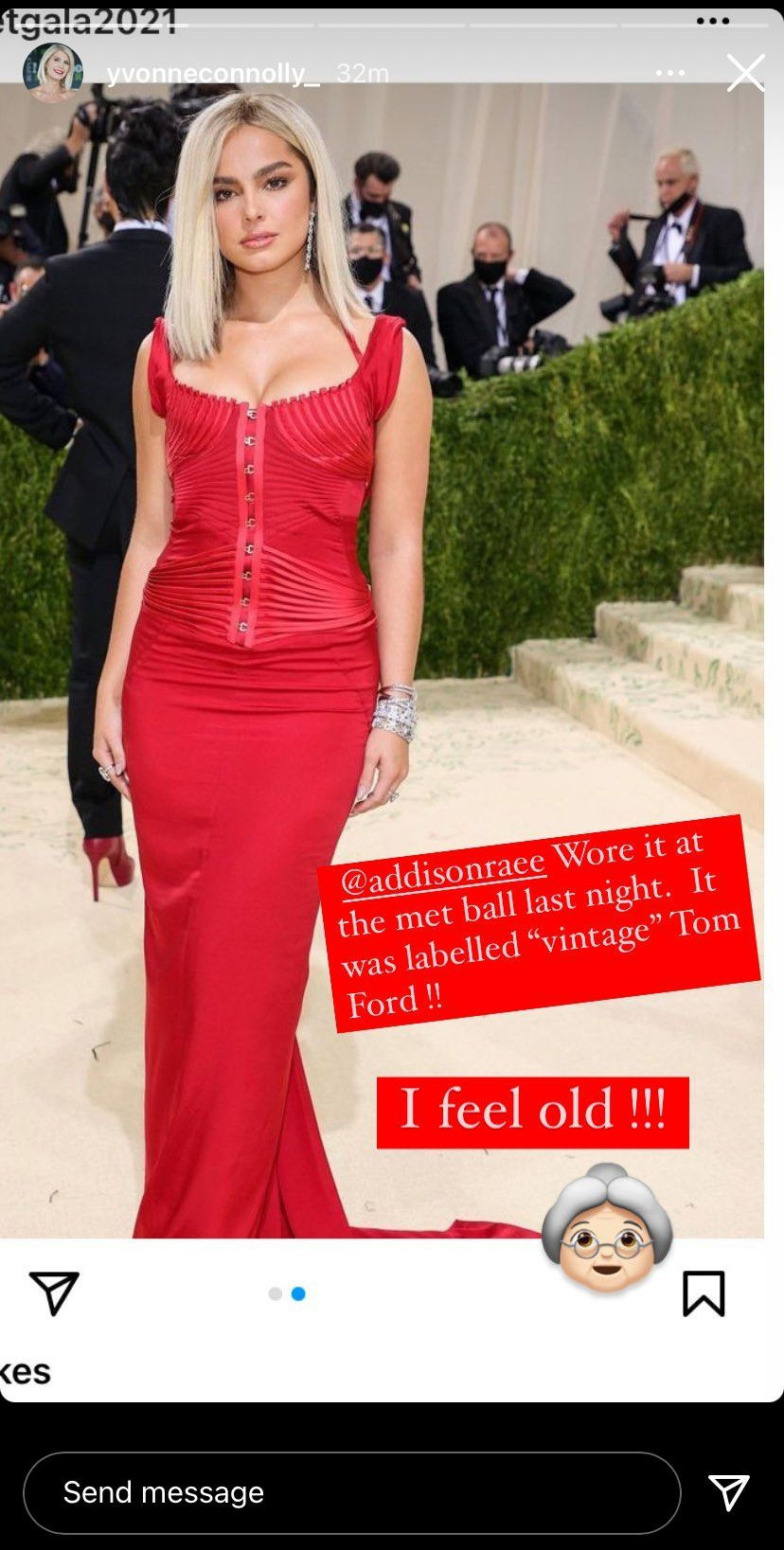 Addison looked incredible in the ‘vintage’ gown, with some other eagle eyed fans spotting that it was in fact the same dress that Kourtney Kardashian, the eldest of the Kardashian sisters, wore to host her annual Christmas family dinner back in 2019. 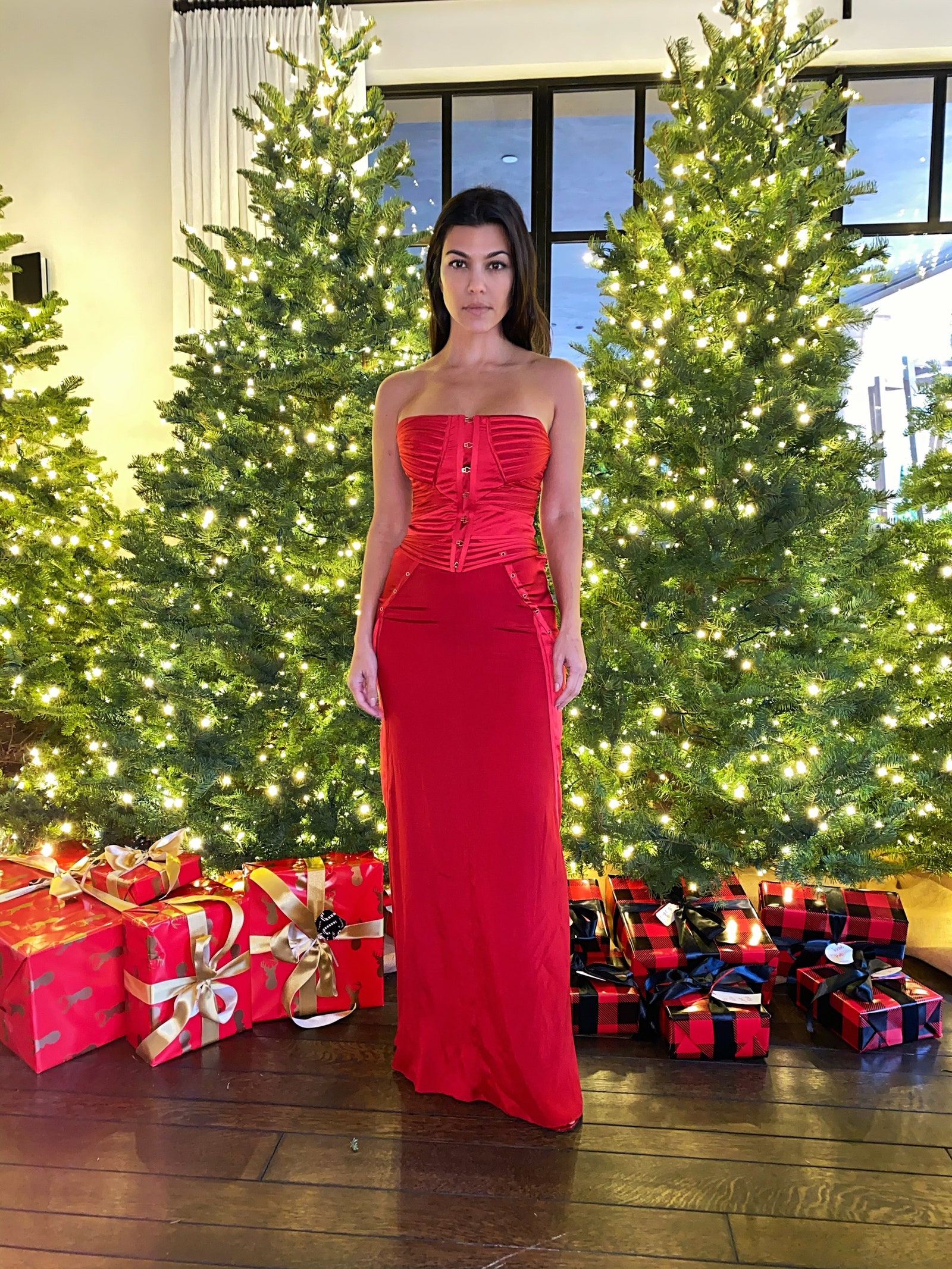 The dress comes from the Tom Ford-era for Gucci Autumn collection of 2003. Wearing it way ahead of every other celebrity rocking it today, it’s clear to see that Yvonne has good taste.

There were many Irish connections on the Met Gala carpet last night, including Dublin’s Andrew Fitzsimons, who was responsible for Megan Fox’s retro updo. Explaining the inspiration behind his creation he said on Instagram:

“I have been wanting to do a pin-up reference on Megan forever so when I saw this dress I immediately thought the hair should be off of her face and sleek.

“So to incorporate the pin-up vibe I decided to add a modern super blunt fringe inspired by Bettie Page and @tracilords iconic fringe in Cry Baby..”