Former DWTS Ireland contestants Marty Morrissey and Clelia Murphy have been announced as the new hosts for the live show this November.

The pair, who both previously strutted their stuff on the RTE show,  will be heading up the first ever live version when it heads to the INEC in Killarney next month.

As well as the two hosts,  the judging panel has also been announced – and Dancing With The Stars fans will be happy with the choices!

Two favourites from the regular judging panel Brian Redmond and Julian Benson will be joined by former Strictly Come Dancing winner  Lilia Kopylova will be heading up the top table at the much anticipated event. 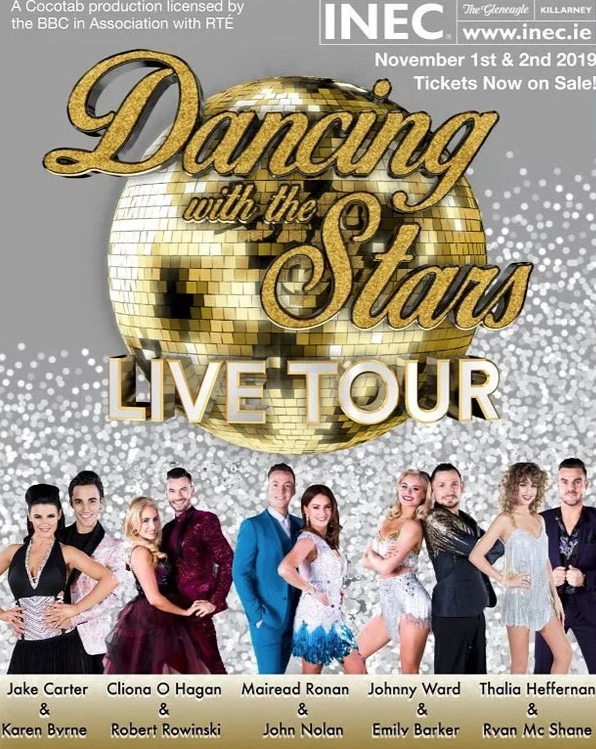 Tickets for the live shows in Killarney (November 1st and 2nd) are on sale now,  for more info see www.INEC.ie or www.ticketmaster.ie

Will you be heading along?

Ryan Andrews opens up about his DWTS journey DWTS Announce That The Final Will Now Take Place Tonight