Making the most of their time in lockdown, Shane and Gillian Filan have been savouring every minute together.

The couple, who share three beautiful children, have been swapping glam, red carpet events for cosy date nights at home – and couldn’t be happier.

Enjoying a night in on the couch, they sipped a bottle of beer, while Shane performed a few tracks on his guitar.

“Although the pubs are re-opening this week, I’ll miss our in-house date nights,” Gillian said. 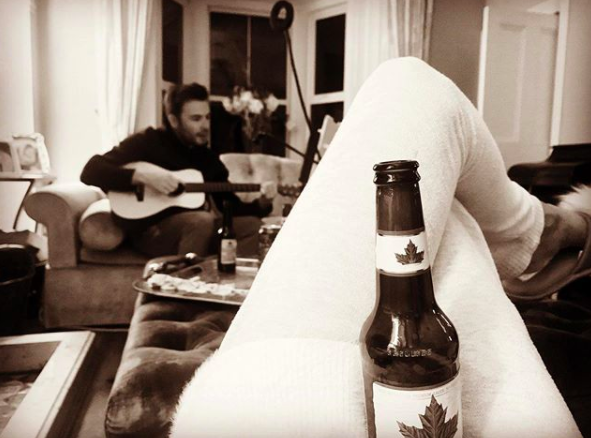 In a bid to raise vital funds for the Irish charity sector, they raffled off a performance, which could see them play at a fan’s wedding or even in their house some random Tuesday evening.

Winner Sandra O’Connell passed the prize over to her niece Brianna, who had to cancel her 21st birthday party due to the pandemic.

Once it’s safe to do so, the group will sing a couple of tracks at her rescheduled bash – and we’re sure it’ll be a night she won’t forget in a hurry.